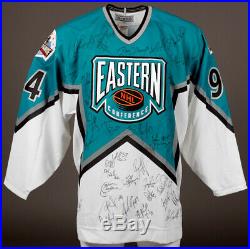 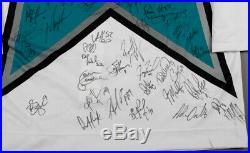 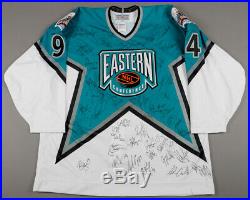 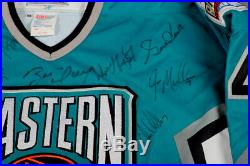 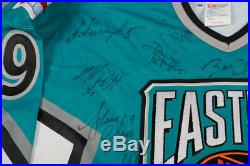 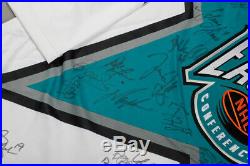 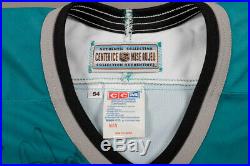 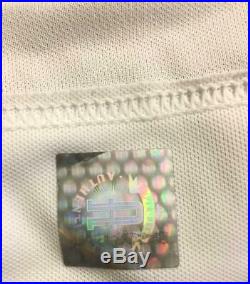 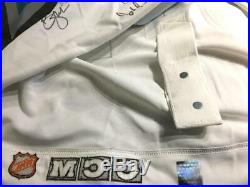 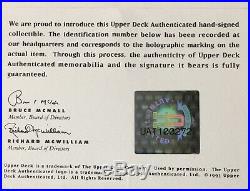 WAYNE GRETZKY HOWE JAGR SIGNED AUTO AUTOGRAPH 94 ALL STAR JERSEY UDA UPPER DECK. The item is a 1994 NHL All Star Jersey (game played in New York) that has been signed by Wayne Gretzky, Gordie Howe, Brett Hull and several others. Howe was the honorary captain of the Western Conference All-Stars for the 1994 ASG at New York's Madison Square Garden.

A total of 46 black marker autographs from both squads cover the front of this 1994 Eastern Conference jersey, including additional HOFers Roy, Leetch, Bourque, Gilmour, Sakic, Oates, MacInnis, Murphy, Mullen, Lindros, Fedorov, Chelios, Andreychuk, and Selanne , along with Richter, Graves, Taylor, Russ Courtnall, Sanderson, Corson, Vanbiesbrouck, Irbe, Kudelski, Galley, Kasatonov, Iafrate, and others. CCM and Center Ice labels along with a size 54 fly tag sit affixed to the collar, with NHL and CCM crests on the back bottom hem.

Featuring a partially embroidered Eastern team crest, the sweater has been accented with double-twill numbers, with All Star on verso placed directly onto the nameplate. The 1994 NHL All-Star Game patches rests over each shoulder, with a UDA hologram added to the inside hem (the serial number is quite worn and only partially legible), with a matching COA to accompany.