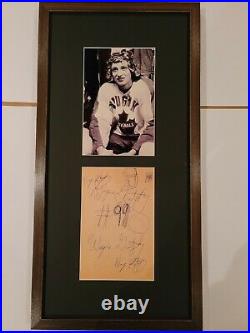 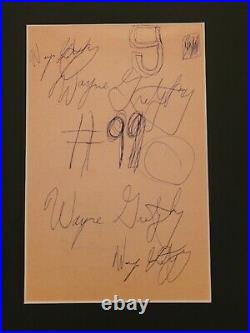 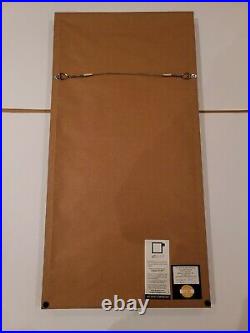 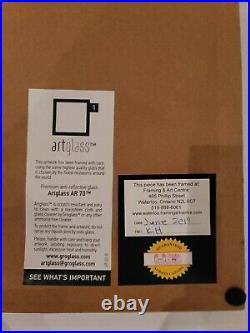 This is one of the most sought after pieces of Gretzky memorablia. A game worn jersey of which there are thousands, or a game used stick of which there are even more. But this gem is a true one of one. This is also the earliest example of Wayne using "99", two years before he actually switched from "9" to "99".

At age 15, Gretzky was playing for the Toronto Nationals and was already starting to get requests for his autograph. Likely still trying to decide what he wanted his signature to look like, this sheet shows a young Gretzky practising his autograph over and over. A true one-of-a-kind piece of hockey history! Getting a jump start on what would become a regular occurrence for The Great One during his iconic Hall of Fame career, this is a sheet autographed by a young Wayne Gretzky, with the soon-to-be wunderkind practicing his signature. Executed by a 14 year old Wayne while staying with the Cornish family when he was playing for the Toronto/Seneca Nationals in 1975-76/1976-77, the important sheet has the impeccable provenance of hailing directly from Bill Cornish, who was named Waynes legal guardian at the time. The 6 x 9 thin off-white and toned sheet features 4 different early blue ballpoint signatures, along with additional doodles including, interestingly, #99, with this historically significant as Wayne would transition from the #9 to his iconic #99 after joining the Soo Greyhounds, in 1977-78.

Early autograph specimens from the games all-time greatest player are especially rare and highly sought, with the offered example absolutely ideal for any world-class Gretzky collection. An LOA from Bill Cornish will accompany. I should also note that according to Bill Cornish, Wayne was already being inundated with autograph requests at the time this sheet was executed, with Wayne realizing his need to improve and practice both the legibility along with the speed of his signing, as endless requests would continue to follow.

William (Bill) Cornish was named legal guardian of Wayne Gretzky in June of 1975 as his parents, Walter and Phyllis, had decided Wayne would play his junior hockey in Toronto, and he would be staying with the Cornish family (which he did so for a few years). Bill Cornish was the General Manager of the Toronto Nationals bantam team and he was the one who came up with the idea of having Wayne playing in the Junior Bs when a legal battle arose for Wayne to play in the Metropolitan Toronto Hockey League (MTHL). The framed piece of hockey history comes with two (2) Letters of Authenticity, one signed by William (Bill) Cornish. The item "Wayne Gretzky Holy Grail of his Autograph Auto Signed Amazing" is in sale since Thursday, October 22, 2020.

This item is in the category "Sports Mem, Cards & Fan Shop\Sports Trading Cards\Ice Hockey Cards". The seller is "gretzky4re" and is located in Vancouver, British Columbia. This item can be shipped to United States, Canada.